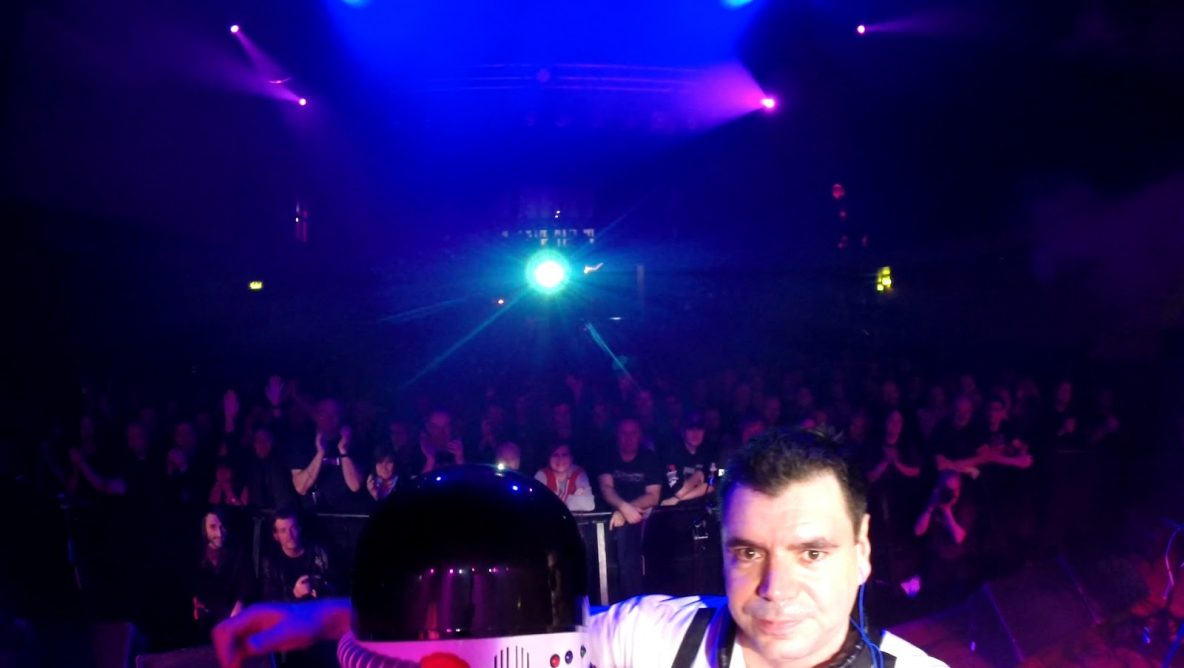 A Brief Missive On The Subject
Of Logistics And Economics

I’ve been meaning to write this blog for a while now but as we all know, life tends to get in the way and things we feel to be most pertinent don’t seem to get the preferential treatment they deserve.

I am writing this post in a contrary state of mind, on the one hand I am full of elation after a lovely Lonely Robot live event in London on Sunday, but at the same time I feel the need to bring a slight negative to the party in order to address a common theme that runs through my social media channels, namely the very flattering yet slightly grating request to “come and play my town”.

I’ll start with a quick moan. When I was but a wee snip of a lad, I hitch hiked all the way from Reading to Cambridge to go and see Green Day at the Cambridge Corn Exchange on their Dookie tour, such was my devotion to live music and indeed a band that my younger self adored. Prior to that event, I had ventured the length and breadth of this green and pleasant land of ours in order to pay homage to my beloved It Bites, such was the reverence and esteem I held them in. Years later, I witnessed my younger self in effect when an extremely devoted fan of the band Arena hitch hiked across Europe to come and see us live in various backwaters of the continent. My It Bites devotion also paid karmic dividends when six Japanese fans flew all the way over from Tokyo to come and see us play live in Birkenhead (?!??) Sad to say it wasn’t the greatest venue or best attended show ever, but we gave it our best and the devotees in question went away happy to the best of my knowledge.

What is the point of all of this I hear you ask? Well whilst I don’t in anyway expect Johnny Punter to go to the same lengths that my younger self did or indeed our Japanese heros, I do find the attitude of the modern gig-goer ever so slightly demoralising. In a recent poll, it was estimated that apart from air, food and water and other necessary evils, the things that human beings hold in the next highest importance are sex and music. I’m not here to make value judgements on statistics but in my appraisal of those facts, I would suggest that the latter is perhaps less correct than estimated, certainly when it come to the live arena. It seems to me that the English gig goer is in a way slightly jaded or perhaps spoilt for choice. If I announce a gig in London, I KNOW I can expect a plethora of people (which again whilst flattering is sort of missing the point) asking me to come and do a gig elsewhere. Now if you live in America, Poland or anywhere else off the beaten track that’s fair enough, I can’t rightfully expect you to go to such lengths to support my event. HOWEVER, if the gig is in London and you live in the locale of London or NOT a disgracefully long way away, then frankly get off your arse and make the effort IF YOU WANT TO SEE IT LIVE. Just to set my stall out a bit more, to put on the kind of Lonely Robot live show that I think is deserving of the recorded product, costs in the region of £4000 per show. The backline crew need paying, the stage production team need paying, the venue and venue crew needs paying, the promoter needs paying, the band need paying and there needs to be an AUDIENCE to make it all financially feasible.

Much as I LOVED the London show on Sunday and it WAS very well attended, the guest list could have been printed on a roll of toilet paper and I have to face the fact that I walk away from it with a loss in hand. Still, you never get a second chance to make a first impression right? Yes, I could tour the leafy backwaters of England in a splitter van with precious little production or promotion and play to thirty people at the Dog And Duck in Croydon, but the simple fact remains, I’m 42 and I did all that when I was in my early twenties and I don’t want to do it any more. Yes that’s perhaps jaded and yes I sound like a grumpy old man, but that’s how it is. I have invested a great deal of time putting the first and second Lonely Robot albums together and I really only want to do live shows that I feel do justice to the recorded version of events. I want to do concerts that people hold high in their memories and talk about fondly for many years and I don’t think that playing a string of shoebox toilets to very few people is really addressing that remit. I honestly believe that if you think small, you get small, and that’s not what I want to do any more. I have been in the band Arena since I was a young man, and much as we’ve had some great, great times over the years, we’ve perhaps on occasion done overly long tours that carry the baggage of a bunch of small, demoralising, poorly attended gigs that both lose the tour money and are literally there for the sake of making up the numbers and only serve to depress everyone. The brand is EVERYTHING, the event is EVERYTHING and from this moment forth, anything I do under my own steam is going to have that mantra attached to it. Obviously there may come a time when demand is greater than supply and I might actually find myself doing a string of dates of well attended prog pop recitals, but for now, I’ll be happy in the knowledge than anything I DO do has to fall within certain parameters.

So if you’re reading this and you’ve thought about sending me a tweet to ask me to come and play Skegness social hall because it’s three doors down from where you live, save yourself the energy of that precious mouse click….I’m flattered but I’d rather not lose the money 🙂