The third album in the Lonely Robot Astronaut Trilogy… 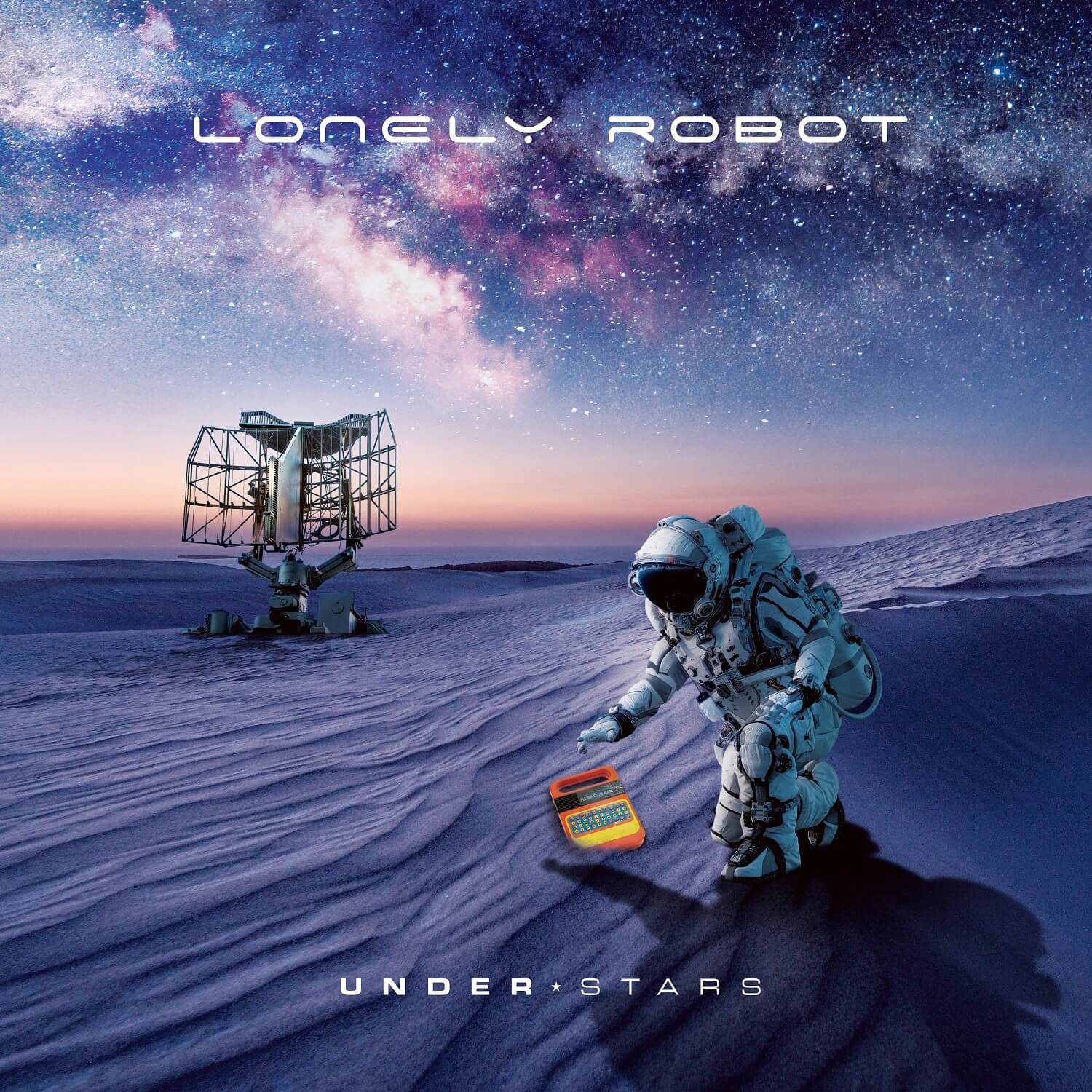 ‘Under Stars’ is the final album in a trilogy for LONELY ROBOT, John Mitchell’s visionary music project. This began in 2015 with ‘Please Come Home’ and was followed two years later with ‘The Big Dream’.

“I always saw this as a trilogy, and it feels like the third part of the LONELY ROBOT master plan has now reached a natural conclusion.” As with the two previous albums, there is a theme running across the songs here, as Mitchell explains. “On ‘Please Come Home’, the theme was about the idea that life on Earth didn’t originate from this planet, while for ‘The Big Dream’, I was really giving everyone the benefit of Zen musings according to John Mitchell. This time, things are a little more down to earth. What I’m doing is looking at the millennial generation, and the fact that kids today are so tied to their phones and to technology. They really have no clue what is actually going on around them, and I find that worrying.”

There are 11 songs in all here, but Mitchell didn’t have everything mapped out in advance before beginning to focus on this album. “When I did ‘Please Come Home’, I hadn’t worked out what the themes would be for the following albums. However, what I did this time was something very unusual for me. I worked solidly on the album from start to finish for five weeks, locking myself away in the studio like a hermit, beavering away as if possessed – but it worked. When everything was done, I felt exhausted, but it was very exhilarating.”

“Each day I would set myself the targets of working on specific songs and would stay in the studio until I had achieved what I’d set out to do on that particular day. When you take six months or more to do an album it might seem like you have the luxury of time to do it all as well as you can. But it’s very easy to let things drift along, and you forget what you are actually doing. So, doing things is such a concentrated period was a revelation for me.”

As usual, Mitchell handles most of the instrumentation and vocals himself. “Craig Blundell does play the drums on the album, as he’s done for the previous two. But this time, I also got Steve Vantsis to come in and play the bass as he’s in the live LONELY ROBOT band and is a superb musician, so it made sense to have him contribute.”

As is the norm for Mitchell, the titles for the tracks came before the actual songs themselves. “That’s the way I like to work. I have a book where I write down ideas for titles, and then I go through these and they provide the inspiration for the songs themselves.” Among the titles people should watch out for this time are ‘How Bright Is The Sun’, ‘Authorship Of Our Lives’ and ‘Ancient Ascendant’ (which is due to be the first single). Mitchell is especially delighted with the synth wave inspired ‘Icarus’. “I suppose you could call it a ‘reverse song’.

Everyone knows the mythological story of Icarus, the man who tried to overachieve by flying too close to the sun using wax wings, which melted and he tumbled into the sea, drowning. Well, I took the idea for this song from the Sci-Fi movie ‘Sunshine’, which is one of my favourite films. It’s about a group of astronauts who set off on a mission to reignite the dying sun. It’s a suicide mission, where the needs of the many (those on earth) outweigh the needs of the few (the astronauts).

Their spaceship was called ‘Icarus 1’, which is where I got the song title. It’s super simple and very melodic but a bit of a departure for me.” And the entire trilogy does reach a finale with the last track here. “That’s called ‘An Ending’. This has the refrain from the song ‘Lonely Robot’ itself (which features on ‘Please Come Home’), and reimagines it. I think this is a fitting way to bring it all to a satisfying conclusion.”

So, is this really the end for LONELY ROBOT per se? Mitchell isn’t so sure. “Well, it is certainly the end of the cycle I began four years ago. And also for The Astronaut character, who really is a metaphor for the condition of the human race. But I might carry on the project, we shall have to wait and see.

So far, all the songs I have done under the LONELY ROBOT banner have been drawing on ideas outside of my personal experience – they exist in the area of fantasy to some extent. Maybe now I’ll directly write about what I have witnessed and seen myself. I know there are bands who feel they can only do songs based on what they’ve been through and done, and I have no problem with that type of approach. But I would say that my philosophy over these three albums is equally as valid. Now, though, with the retirement of The Astronaut, I can look at different ways of taking LONELY ROBOT forward.”

And Mitchell is not ruling out a spectacular onstage climax for The Astronaut. “I would love to get a noble venue and play the songs from all three albums live. That would take three hours, but we could do it with an interval. What a splendid way to bring the entire four years and three albums to a great finale.”

‘Under Stars’ is an album that Mitchell is justly proud of. “If you enjoyed the previous two, then I am sure this one will also appeal to you. It has the same ambient, film soundtrack musical approach that I have been using all through, but with extra touches added. A good way to reach the end of this trail.”